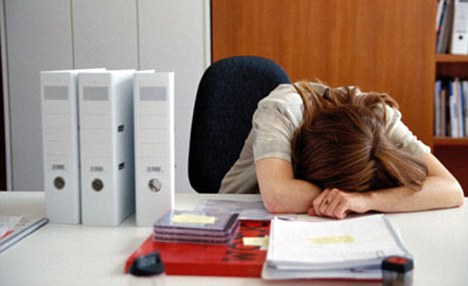 Combating the hidden cost of Presenteeism

The loss of productivity when employee’s come to work but are not fully functioning due to illness or injury, such as headaches, lower back pain, arthritis, colds and the flu, has become an area of increasing importance with the WHO recognising the workplace as a priority setting when considering an individual’s health an well being.

Previously work Absenteeism has received more focus within the workplace as attendance is a visible and easily recorded measurement, however the evidence of recent years has revealed the Iceberg like relationship between relatively visible work absenteeism and invisible presenteeism. More work place performance is lost due to presenteeism then absenteeism with presenteeism costing the UK economy an estimated £15bn per year compared to the £8bn attributed to absenteeism (Aston Uni 2010).

The CIPD Absence Management Survey 2014 showed a decrease in average employee absences from 7.6 to 6.6 days per year which is good news for employers at first glance. However a third of employers have reported an subsequent increase in the number of employees coming to work whilst ill which demonstrates a rise in presenteeism, perhaps due to fears over job security thus joining a growing trend of using annual leave to recover and avoid sick days on their records.

Managing presenteeism offers the opportunity to save money in the long term, preserve the productivity of the workforce as well as create a healthier, more motivated and committed workforce.

Display screen equipment (DSE) workplace assessments can act as an effective strategy which offers employers a means to combat and prevent the effects of presenteeism and provide a numbers of health and professional benefits to the workforce and thereby the company at large.

Because these benefits are delivered in a personal, individual format they promote a feeling of value and acknowledgement among the workforce, which in the context of presenteeism is a valuable tool in correcting existing issues and preventing future conditions which may effect employee’s.

Chat with an Osteopath on WhatsApp!